Press release for a (new) product with examples

Your brand is releasing a shiny new product, and you're ready to craft the perfect product press release to tell everyone. Let's discuss the best ways to get eyes on your goods.

Press releases can be a little bit intimidating. They seem like this big, official, structured document that should never deviate from the standard template, lest they be considered unprofessional and cast aside by the media.

Thankfully, this is no longer true. With the changing landscape of how communications people can connect with their audiences, we have a lot more opportunity (and responsibility) to make our PR stand out and showcase our brands in new and exciting ways.

One such opportunity is with a new product press release. When a company or business releases a brand-new line of products, a new video game, a new car, or pretty much any exciting new product, they're going to want to release a professional PR to get the news out there and get the public hyped.

What to include in your product launch press release

The same 5 Ws apply as they do for all press releases:

Answering these questions will ensure that you get more media coverage. Failing to answer any of these may leave coverage on the table because a journalist will see your press release but not know how to market it to their audience, or a customer will see a flashy new product but no way to purchase it and lose interest.

So let's get into the nitty-gritty. For your new press release, you will need...

You're not supposed to judge a book by its cover, but we here at Prezly are constantly judging books by their covers. I mean, why write a fantastic book just to slap an ugly cover on it? And why write an amazing press release for a beautiful new product, only to give it a boring headline?

There are plenty of ways to make your new product press release headline pop. You can use this as an opportunity to be clever and witty, or go for the more straightforward approach. No matter what you do, keep in mind:

Typically journalists will scan headlines and very quickly pass on press releases that are clearly not news, not interesting, or not related to their audience.

Read more about the power of a perfect press release headline.

2. All the technical specs

Let your audience know exactly what is in store with your new product. Include all of the necessary specifications, dimensions, features, every detail of every nook and cranny.

While you do want to outline the technical specifications, opt to use the most neutral language possible. You want to include all the finer details without alienating your industry outsider audience. Wherever possible, break it down into simple language so that anyone can understand. Or, if space allows, use technical and layman terms.

Read more about how to turn your story into news by making it accessible to the common folk.

Which technical specifications you include will vary based on the type of product launch, but here are a few examples:

You get the idea.

A new product launch is all about the show, don't tell.

Pretty much all press releases do better with multimedia. But when showcasing a new product, you absolutely have to have tons of high-quality, beautiful, attention-grabbing visuals and assets for journalists to download if you want them to cover your product. This is especially true if you're angling to get the product featured in print or magazines. Vogue has never and will never go to press with an 800x800 JPG.

If you use an online newsroom and distribute your press releases on your own website, it's incredibly easy to include tons of high-quality images and multimedia galleries. And we're not just saying that as a company that helps thousands of customers create and distribute beautiful, professional press releases every year. We would never be that transparently self-promotional. 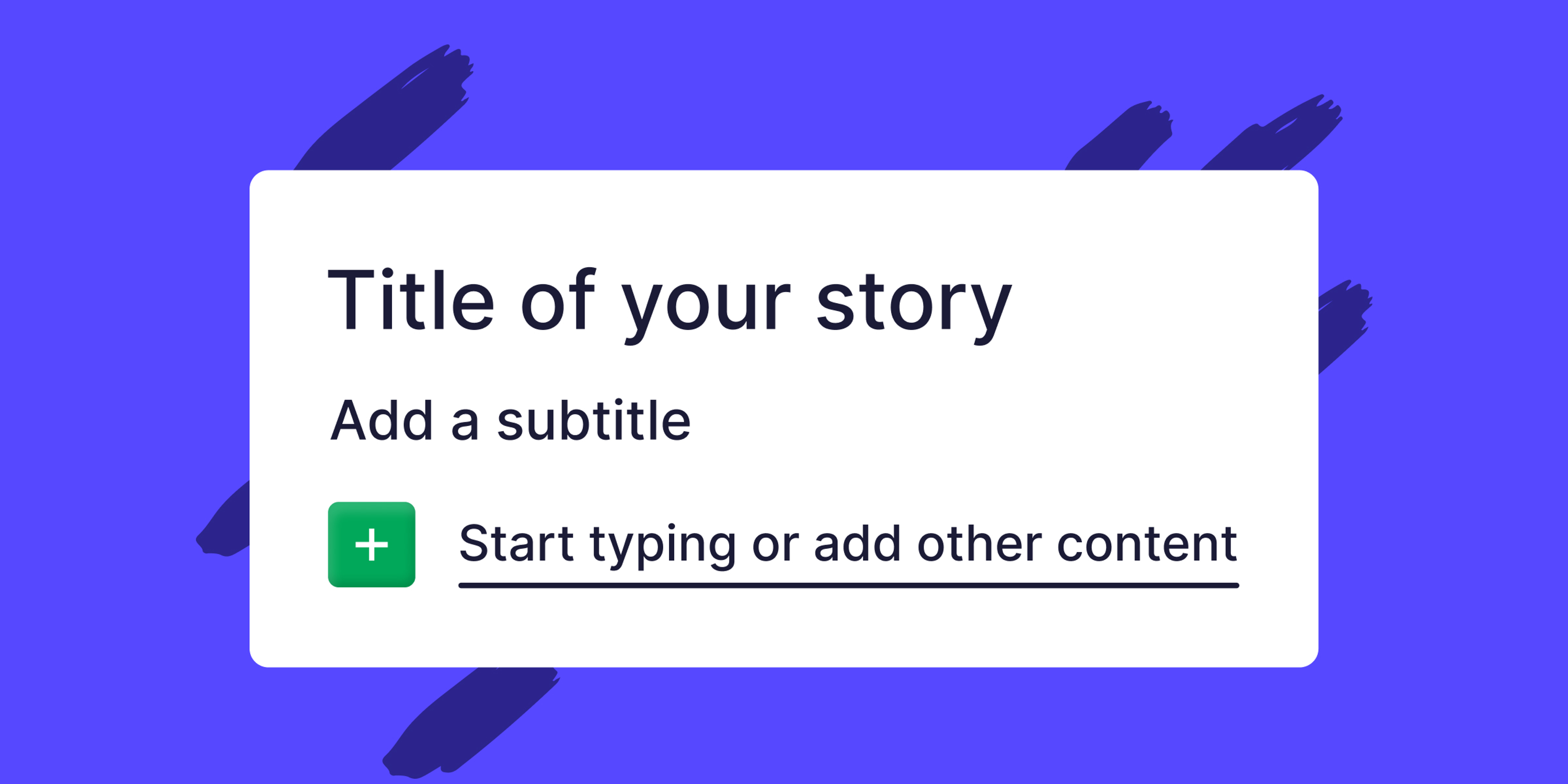 Create a multimedia rich, fully branded newsroom with Prezly
Your Prezly newsroom acts as a press area, media kit and general fountain of truth for your brand. Make it easy for journalists. Try free now, no cc required.

No matter what medium you use, make sure you don't skimp on the pictures.

Do you know what else is cool? Video.

People LOVE videos. They love them!

Including a well-produced, professional video showcasing your product embedded within your press release is a great way to stand out and show your product in action.

Don't take our word for it: Marketing Executive Anna Fell of Hovia shares their process of including inspiring visuals in Hovia's press releases.

When we create a new wallpaper collection that encapsulates a topic that we think our interior and design contacts will love, I want to make sure we include a variety of image assets that help tell a story - from mood boards to lifestyle shots.

I like to weave images amongst the text, and also provide zip folder attachments at the bottom so press can download a high res image pack if needed. Including statistics from our trend research is important, and it’s especially nice to include a quote from our designers about their inspiration behind the collection.

An example of one of their beautiful press releases is down below. 👇

This one is a no-brainer, but all press releases should have a standard boilerplate discussing what the company is, their mission statement, and a little bit about the values and history of the organization.

Make sure that your new product press release includes a way for the audience and media to get in contact for media inquiries or to order the new product. You don't want your audience to get all hyped for the new product and then not have a way to buy it!

How to pitch your new product press release to the media

Having a quality, curated list of relevant journalists is way more important than having a bought-and-paid-for spam media list with tired journalist who don't give a crap about your industry or product.

The intersection of PR and media is relationships, and building those relationships requires mutually beneficial communication and storytelling. It does not require buying hundreds of outdated email addresses and blasting a boring, irrelevant pitch at them.

Before you go and email your new product press release to everybody and their mother, do some research and decide if this is the best course of action. Is it better to send 30 individualized and meaningful pitches to relevant journalists, or 500 stock, generic pitches to anybody? Take a listen to what our writer friends had to say.

Read more about media lists and their less evil alternatives.

Mistakes to avoid with your new product announcement

Avoid making these classic mistakes with your new product press release to maintain credibility and sell your product well.

We know that your product is great, or you wouldn't advertise it. However, the modern audience is critical. Most of us grew up on the internet, so we have a keen eye for BS. We've all seen that too-good-to-be-true product, only to be burned.

Be honest about the product and its limitations. Don't promise the world if you can't deliver. Sticking to technical specs, honest photos, and reasonable time frames for product release and delivery will ensure that your audience is informed and able to make the best decision about whether they want the product or not.

2. The press release is vague about the details

Clarity is important. Be super upfront with every aspect of the product in order for it to get the most buzz possible.

Say, for example, you're releasing a brand new video game. Letting your audience know what kind of game, what consoles it will play on, and what genre is important. But also be clear about the gameplay. Saying your video game is the best in the world, and that all other games will bow before it for decades to come is just… not good PR.

Video games are actually a perfect example of this because the gaming PR industry is notorious for overhyping and vaguely describing a new release, only for it to receive mediocre, if not outright outraged, response.

So yes. Don't be vague. Let the people know what to expect.

Listen, it's 2022. You just can't get away with PR that doesn't have pictures. We said it before, and we'll say it again: your press release needs high-quality assets.

4. The press release doesn't differentiate the product from the competition

Unless you're going full Tesla and really changing the industry in clear and obvious ways, you're going to want to really spell out how this product is different from what's already available on the market. Is it a new flavor, a new spin on a classic, a new service done in an interesting way?

Highlight and amplify the distinguishing features that separate your thing from the other things. Remember, you need to write to the media. Journalists won't particularly care about your press release if you are releasing the same thing that's already out there. They want to know what you're doing different, why it's newsworthy, and why anybody will care.

5. Distributing your PR to the wrong people

Your product is great. We all know that. But, your product is not for everybody. Avoid spamming your new product to unrelated journalists. All that does is create a strained relationship with writers and give you a reputation for being lazy.

Check out these gorgeous press release examples of new product PR for inspiration. ✨

Having the right information, high-quality assets, and a gorgeous newsroom to showcase your new product press release will help your brand stand out from the crowd. See our other articles on crafting the best press release! Or subscribe to our ongoing PR Roundtable series to gain inspiration from industry leaders.

Handpicked articles or pages to help you on your way

What is a press release, and do they even matter in 2022?

The internet moves fast. It's hard to tell what is still important, and what is a relic of a bygone era.
Press Release Guide

Press Release Headlines: How to Write a Headline that Gets Coverage (plus examples)

No pressure, but a good press release headline will either completely make or break your entire press release.
Made with Prezly
Made with love remotely from 13 countries across the world.
Copyright © 2022 Prezly