Want to know how big corporations effectively deal with a PR crisis? Check out this list.

We all like a good rubber-necking at businesses that experience a PR pickle, but sometimes a company recovers so gracefully that it makes you go, "Bravo!" That's what we're celebrating in this post.

Want to avoid getting into your own PR pickle? Sounds like you're after the Only Crisis Communication Plan You Will Ever Need.

KFC is a loveable brand. Following them on Twitter is a treat in and of itself. So when they were faced with a truly embarrassing situation, the PR world got a schooling in how to manage a crisis.

They ran out of chicken in the majority of their 870 UK & Ireland restaurants after an unfortunate series of events lead to delivery delays from their warehouses.

Their PR and marketing team got to work immediately.

They rolled out brilliant ads in newspapers with the KFC letters rearranged on the bucket to own their FCK up. They maintained a page on their website where customers could check the chicken status of their local restaurants. And they kept on top of the news by answering questions via social media almost daily.

They did everything transparently, swiftly, and true to their brand voice, which made everyone put their torches away and celebrate their humility.

The coffee chain giant has had its own share of crises from the controversies around the Christmas cup designs it rolls out each year to their failed Race Together campaign. This time the topic of racism reared its ugly head yet again.

Two men, Rashon Nelson and Donte Robinson, were arrested after a Starbucks staff member called the cops on them while they were waiting for a friend.

A clear cut case of racial discrimination could have been brushed off by Starbucks as a problem with the one employee...an isolated incident...but they chose to do something different. In an interview, Starbucks CEO, Kevin Johnson, states his position on the matter:

The fact that what happened in our store last Thursday and the outcome from that incident was reprehensible. That should not have happened, it was wrong, and my role and responsibility as CEO is to learn, to understand it and fix it.

What happened next was that Starbucks closed down 8,000 stores across the United States for Racial Bias Training. While not all the employees who participated thought it was executed to the best of its ability (especially people of color who felt it was, at times, weak), it still made a statement that Starbucks was willing to make a cultural change within their staff to combat biases that lead to the incident. It is estimated that Starbucks lost around $12 million in profit during the time the stores were shut down, but taking the hit is an important step towards mending the relationship with the public.

Starbucks still has a long way to go when it comes to talking about race and if they keep supporting initiatives within the company to chip away at prejudice, then this will be a long-term success. If they don't we might look back and say, "What an expensive band-aid."

Prevention is the best medication. Learn how you can manage your media relations and communicate your brand story with our specialized PR CRM.

Southwest Airlines is one of those brands that people love. Their service is good, their staff is friendly, and their flights are cheap. On top of that, they were rated as the safest airline in the world, until April 2018.

On April 17, 2018 Flight 1380 took off from LaGuardia airport in New York, but ended up having to make an emergency landing in Philadelphia after an engine exploded and ripped open the fuselage, killing one person. Other passengers were able to record footage of their experience, bringing the raw fear of being in trouble in the air to those on the ground.

First and foremost, further crisis was averted thanks to the crew on the airplane that landed safely without any other fatalities or serious injuries. While that was happening, CEO Gary Kelly and his team got to work.

They made sure that passengers in Philadelphia had everything they needed including travel and accommodation arrangements, trauma counselling, and other proper support to make sure investigation into the incident could get started immediately.

The Southwest staff had clear guidelines and checklists that allowed them to carry out the crisis response without anything slipping through the cracks. In the 2 days following the fatality, Southwest did some amazing work:

All in all, they did an excellent job focusing their efforts on the affected passengers while at the same time managing the media and the investigation.

As PR Daily put it so perfectly:

When The New York Times follows a disaster with the headline “Southwest pilot of Flight 1380 is Navy veteran hailed for her ‘nerves of steel'", you know you got your messaging right.

If you didn't know anything about what was going on in the United States, or don't necessarily care about American football, you would watch this ad and think it was inspiring and motivating.

But that's not what happened.

But let's be clear, this isn't an unintended PR crisis, this is a decided controversy. I still believe it does well to be on this list because the reactions were so strong, yet Kaepernick and Nike both pulled through.

In 2016, Colin Kaepernick, quarterback of the San Francisco 49ers, sat on the bench during the National Anthem (during a preseason game) to protest police brutality. From there, other players joined in and sparked a country-wide debate about race and politics in sports. Kaepernick ended up unemployed and embroiled in controversy, holding fast to his beliefs.

Two years later in 2018, Nike, one of the main clothing sponsors of the NFL, has him star in the powerful ad campaign you saw above. It was the 30th anniversary of their "Just Do It" campaign. The slogan of the new campaign? "Believe in something. Even if it means sacrificing everything."

And then shit hit the intentionally placed fan.

Nike's stock fell by 3%. People apparently started cutting out the Nike logo from their clothes or burning them. People boycotted. News outlets had a field day reporting on it, and doing opinion pieces. Here are just a few of the headlines from the launch of the campaign:

Kaepernick and Nike did not apologize and were steadfast in their execution of the campaign. In this case the best course of action was to ignore the haters and keep their heads high.

After the dust cleared, it was revealed that sales increased by 31% with stocks closing at an all time high. And while there were a lot of people up in arms about the ad, it did really well with young people ages 18 to 34.

In this case, it was as simple as staying strong with undoubtedly a solid crisis communication strategy that allowed Nike to weigh up the options and anticipate the drama.

As Forbes so elegantly put it:

The Tide Pod Challenge was about as unexpected as it gets, as no one in their right mind could have predicted that teens would suddenly decide eating Tide Pods was a fun way to pass the time.

Yet, here we are.

Teenagers started eating Tide Pods and filming it as part of the Tide Pod Challenge.

Planning for the unexpected, like the real black-sheep unexpected, is next to impossible. However, Tide's parent company, Procter & Gamble, had a crisis plan, and was able to deal with this situation as gracefully as one can expect, when your initial reaction is "Of course it's dangerous, you dumbass."

In fact, they recruited Rob Gronkowski to do that bit for them:

In fact, they didn't beat it over the head on social media. The above tweet and this one here are the only ones about the challenge on their official Twitter:

I guess they realized quickly that it is best not to tell teenagers not to do something.

They already had warnings and locks on the boxes. There wasn't much else they could do about the product itself. So they focused on getting those warnings out via earned media just to drive the point home. They also focused on getting the challenge videos removed. In an official statement they said:

Nothing is more important to us than the safety of people who use our products. We are deeply concerned about conversations related to intentional and improper use of liquid laundry pacs and have been working with leading social media networks to remove harmful content that is not consistent with their policies.

YouTube eventually started to pull the videos from the platform. And Procter & Gamble did all they could really do. Now they just have the weather the memes and the jokes for the rest of eternity.

Crockpot Burns The House Down

Good old Crockpot. How did they get themselves in a PR pickle? Well...[SPOILER ALERT]

The TV show "This is us" happened. The NBC series had a mysterious death captivating the audience for the first season, when it was revealed that the death was caused by a house fire sparked by a slow-cooker, Crockpot had to deal with a sudden fear of their product.

First step? They made a Twitter account. In 2018. And then got to work comforting fans of the show. The Twitter handle is even @CrockPotCares just to drive home the fact that their brand isn't murderous or cold-hearted.

Their official statement included a reference to their safety record:

For nearly 50 years with over 100 million Crock-Pots sold, we have never received any consumer complaints similar to the fictional events portrayed in last night’s episode. In fact, the safety and design of our product renders this type of event nearly impossible.”

Then NBC stepped in with the assist, making an ad clearing Crockpots name before the Super Bowl, in which fans were claiming they were going to have Crockpot-free parties.

The reactions from both Crockpot and NBC proved to work, as people did not end up throwing out their Crockpots or any other out-of-hand panic situations.

Want to avoid crises like these? Check out our in-depth crisis communications plan alongside a downloadable Google sheet for easy management and referencing.

Never Waste a Good Crisis: A Lesson in Effective Communication

The difference between a great brand and an average brand is the mindset of trying to make the most out of it and approach everything as an opportunity. Including a crisis.
Basics

The Junior PR Pro’s Guide to Becoming a PR Geek

New to PR or PR tasks? Eager to get out there and make an impact? This beginners' guide explains how you can work smarter (as well as harder) to supercharge your productivity.
Strategy

Before your startup launches there is a lot of groundwork to be done. Here we’re diving into the essentials of drafting your PR launch plan. Simply put, your launch plan is the thing that will help you tell your brand story to the marketplace. 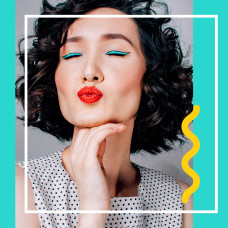 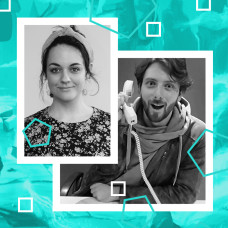 How a serial games publisher used Prezly to conquer its database 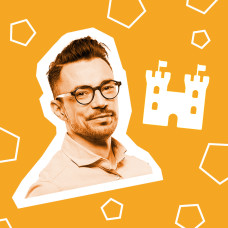