How Prezly helped launch a family of games companies 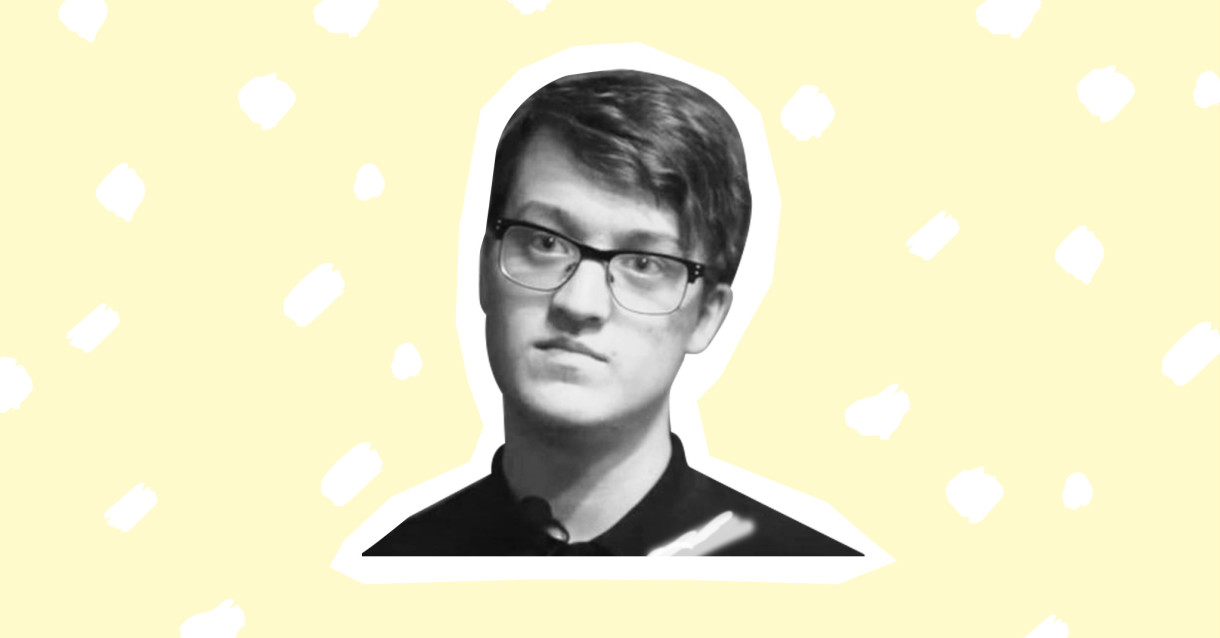 "The biggest challenge we ran into was building the Phoenix Games brand from scratch." That's Matt Suckley, PR Manager for the fledgling business. So how did he overcome this significant obstacle?

The answer: campaigns, targeting and a clever use of multiple newsrooms. As a result, Phoenix's campaigns already register a 50% open rate – practically unheard of in the industry for such a young business.

“We were able to generate a considerable amount of high-profile coverage through these campaigns, and that has so far been the primary driver of our growing reputation in the industry.”

Read on to find out how just how Matt and his team used careful planning, multiple newsrooms and a targeted comms strategy to carve out a niche in the industry.

Unveiled to the public in April 2019, Phoenix Games is the latest venture from serial gaming entrepreneur and investor Klaas Kersting, who created it inspired by the struggles facing many small-to-midsize games companies across the world: access to capital and liquidity in an increasingly competitive market.

With Phoenix Games, Klaas intends to unite a number of games developers and service providers in an ecosystem where each company benefits from one another’s success. 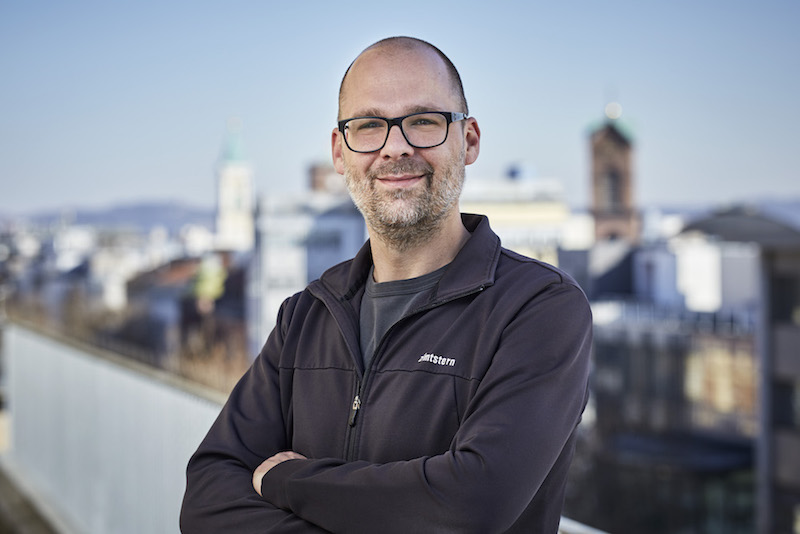 “Every game company is looking to reach the next level, where they can really reap the benefits of their good work, however, for all but the biggest and best-positioned, this is a long and difficult road,” announced Klaas in Phoenix's launch announcement.

“Phoenix Games moves beyond what's possible with single-game publishing deals, promoting a more long-term, strategic approach whereby everyone in the family benefits from and is supported by the successes of one another.”

In May 2019, Well Played Games, a small, fast and flexible team of video game developers based in Leamington Spa, became the first member of the Phoenix Games family. Three months later, they launched Warhammer Combat Cards, which broke new ground as the first digital card game to draw on the entire breadth of the Warhammer 40,000 universe and its miniatures. It quickly became a top-grossing mobile app. 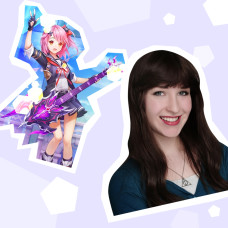 Now, launching a holding company is a bit different from launching your straightforward, one-brand business. To understand the unique challenges Phoenix was about to face, let's have a little recap.

💡What is a holding company?

A holding company is a parent corporation, limited liability company, or limited partnership that owns enough voting stock in another company, that it can control that company's policies and oversee its management decisions. – Investopedia

So basically, to successfully launch as a brand new holding company, Phoenix Games had to:

Results of the Global PR Survey 2020

This year's survey focused on the topic of Contact Management, tapping into the experience of 412 PR professionals from across the world, identifying their biggest pains and finding that most PRs can save hours each week by making one simple change

"We've used Prezly from day one," says Matt Suckley, PR Manager for Phoenix Games. "Our Phoenix email campaigns already have an average open rate higher than 50% and have landed us coverage in nearly all of our key target publications. That's remarkable for a brand new company."

Remarkable is putting it lightly: the average open rate for email campaigns in the gaming industry is around 20%. But that wasn't all.

"We were also able to generate a considerable amount of high-profile coverage through these campaigns, and that has so far been the primary driver of our growing reputation in the industry."

“Our Phoenix email campaigns already have an average open rate higher than 50%. That's remarkable for a brand new company.”

Visibility is everything when it comes to B2B relations, and getting a reputable level of coverage fast can be the make-or-break factor for a young business looking to get other businesses onboard. Fortunately, Matt knew exactly what he was doing.

Using Prezly gave Matt the ability to professionally format his campaigns, including all necessary media and assets, and personalise them depending on what contact or group of contacts he reached out to.

In addition, by getting visibility on exactly who opened, clicked and engaged with the campaigns in real time, Matt was able to target his pitch with precision and decide how to approach individual contacts, while getting some nice statistics for any reporting.

That's not the end of the story. You know the saying: behind every great campaign is a – that's right – company newsroom. Or in Matt's case, it's several company newsrooms, which he uses to publish stories so they get picked up again and again.

"I’ve seen it from both sides, so I completely understand why it happens, but the non-replies, attempting to get through to journalists and having no responses, or not being able to break through to certain publications, is always the biggest challenge," says Matt. 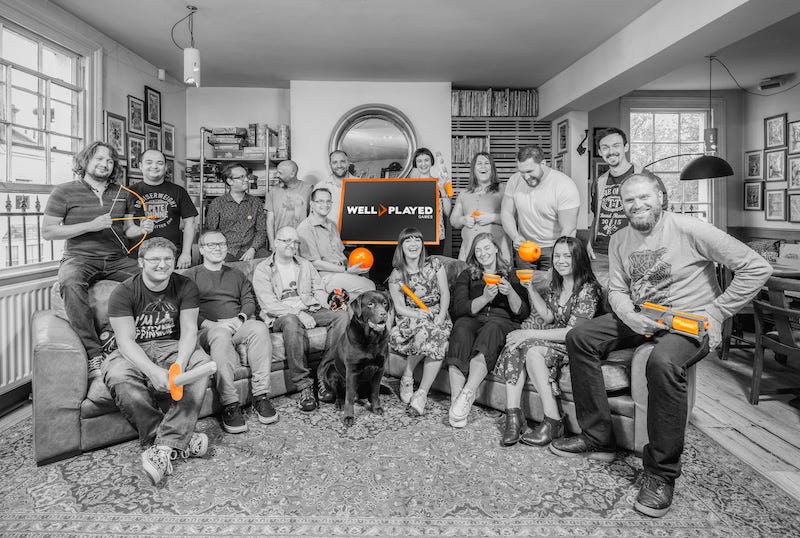 "Prezly, again, is a really useful tool for easing that process because it makes it so easy to host the press release in a newsroom and have it be not only a one-time thing, but something that you can refocus and repurpose in different ways, and create new pitches around constantly."

This is something Kolibri Games' PR Editor, Tom Weber, also mentioned in a recent case study and it's a great demonstration of working smarter, not harder. By publishing your press release in a newsroom, you're giving that story repeat value not only because you can pitch it at the click of a button again and again, but also because you can choose to make it discoverable by Google search, giving you an added avenue to gain exposure.

"On top of that, just the segmenting of audiences and being able to schedule pitches. I don’t think we’d be able to work in the same way without it." 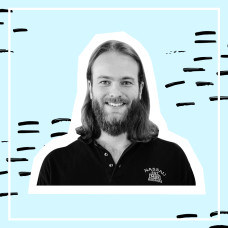 How Prezly helped a mobile game dev 4x their coverage

While Phoenix was building up its own reputation in the industry as the unifier of ambitious young games companies, it was important to show that those entering the Phoenix fold wouldn't be overshadowed by the business, but rather empowered by it.

"We have found that by setting up unique pressrooms for the different developers within Phoenix Games, we are able give each of them their own identity, while still having Phoenix itself be the big B2B presence," explains Matt. "It’s been really useful for us."

Creating multiple related newsrooms within Prezly has additional operational benefits, such as making it easy to mirror relevant stories across different companies. The newsroom for Well Played Games is currently being rolled out, and as more studios are acquired and announced, each will get its own space within the Phoenix umbrella.

“In using Prezly as a hub for all these newsrooms, we gain access to easy, centralised management of PR across all the companies in the group.”

"Having multiple newsrooms allows us to have a main space for all key B2B Phoenix announcements – e.g. acquisitions, deals, milestones – as well as for studios to have their own space to highlight stories to a different audience, such as B2C announcements for game releases and so on," Matt explains.

Create effective press releases and publish them in a fully on-brand multimedia newsroom complete with all the assets your audience could want.

Running operations on multiple fronts is an exhausting business, so having a single hub from which you can organise content and distribution for all your underlying companies helps a lot.

Through linking together newsrooms, segmenting audiences, and making his stories work overtime through repeated pitching and organic traffic, Matt was able to not only launch Phoenix Games, but also land some key coverage and a whopping 50% open rate straight off the bat.

Tell your story in full colour

I'm certain he would have found a way to swing it on his own, but it's extremely gratifying to see the tangible role Prezly played in making the process smooth and rewarding. Thank you, Matt, for you time and insights – we can't wait to see what the future holds for Phoenix :)

For more news on Phoenix Games, visit their newsroom, where you can see all their latest updates and sign up to their newsletter, or find them on Twitter and LinkedIn. If you’re in the games business and would be interested in opportunities to collaborate with Phoenix, then the team is keen to hear from you at business@phoenixgames.com!

To see how Prezly can help your stories gain traction, see our features or check out our gaming page 👾

Read the next cases study to find out...

How this AAA publisher uses Prezly to keep up with influencers