An interview with M&C's Sarah Beatty. 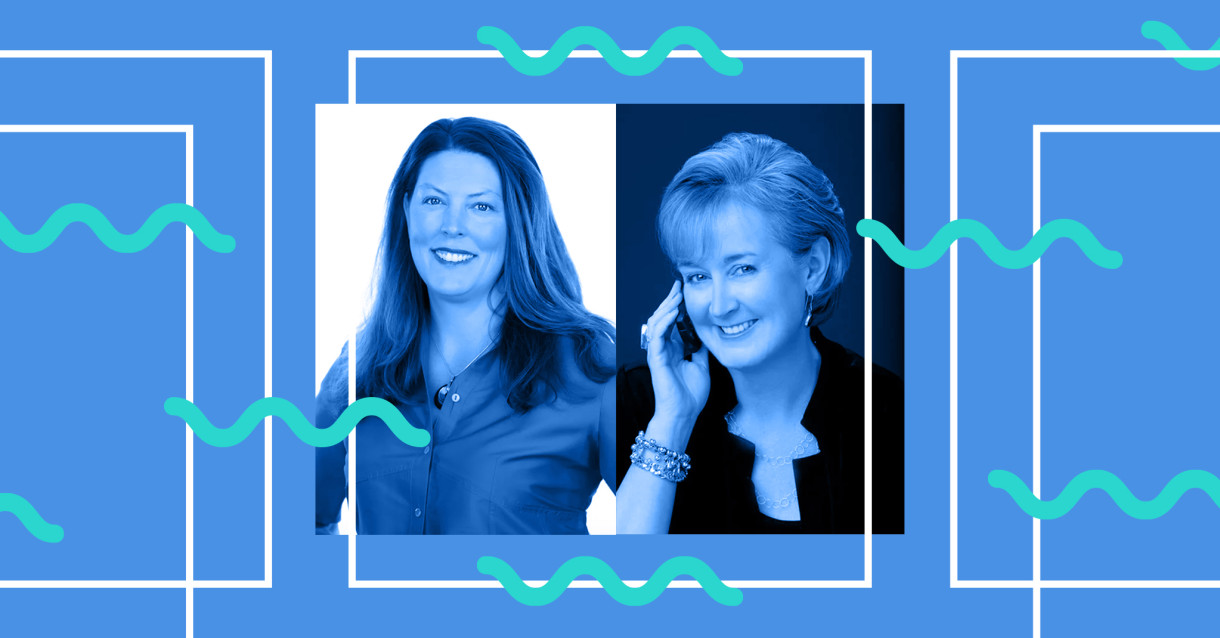 You have a killer story, beautiful accompanying video footage, contacts you know are chomping at the bit for precisely this content.

You hit send on your campaign.

There are no responses, no queries for more details, no promises of coverage.

The phone rings; it's your client. He DEMANDS to know why his story isn't on the local TV news when he has spent a ton of time and money to hire a videographer, a drone, and deliver footage directly to the stations. He is livid.

What do you do?

Well, there's the traditional route: placating your client, recounting the unknowable nature of fortune, lying awake that night questioning what it was that made your promising story flop and second-guessing every decision that led you to this point in your career.

And then, there's technology.

Here's how boutique PR firm M&C Communications used digital tools to handle that exact situation and came out on top.

There are just three people working at M&C Communications, which began life as a scrappy public relations firm founded during the Great Recession in 2009 and has defied the odds to grow steadily in its first ten years. Sarah Beatty joined the team as Vice President in 2016. 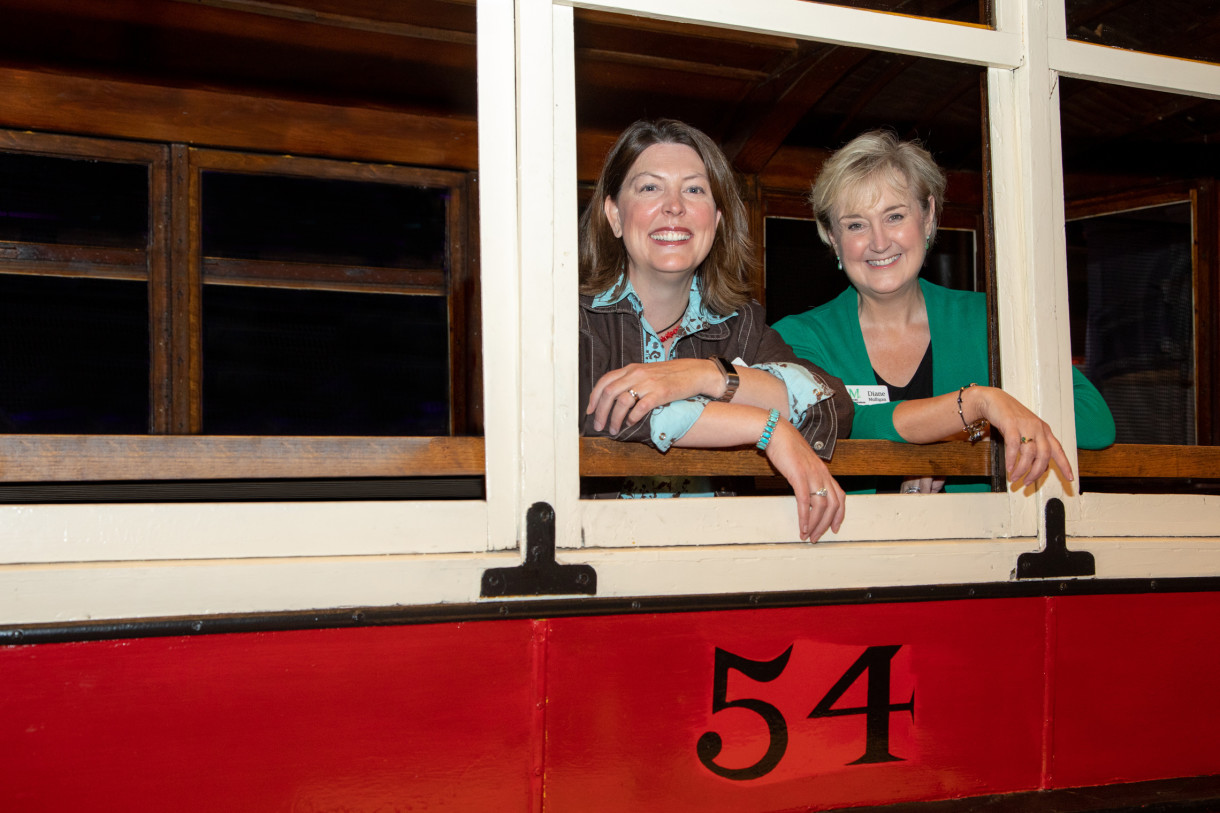 "We work together in our small office, remotely as the job requires, on location as it makes sense for our clients. It gives us a lot of flexibility," says Sarah. "We know many people value the larger firms with fancy offices downtown, but what really drives our success is the set of tools that we invest in, including Prezly."

“It became my job to analyse everything we do and compare that against all the tools that are out there to work out which ones fit our needs.”

The tools you use can be a deciding factor in your business's success, particularly if you're a boutique agency with a small team and a tight budget. By automating as many processes as possible and finding tools that help optimise your workflow, you create more time for your team to focus on clients rather than administrative busywork.

"I have been with M&C for about four years now, and when I came on they didn't have any tech. No Google for Work, no Prezly, no Meltwater. We didn’t have Sprout, we didn’t have Hootsuite," says Sarah.

"We would put together a release in a Word doc and attach it as a PDF. And who clicks on PDFs? That’s why you see journalists complaining on Twitter that they’ve got PR people circling back on the same story a thousand times this week. I guarantee they never opened it.

"So it became my job to analyse everything we do and compare that against all the tools that are out there to work out which ones fit our needs.

“We would put together a release in a Word doc and attach it as a PDF. And who clicks on PDFs? ... I guarantee they never opened it.”

"By using these digital tools, we’re able to have a bigger and more robust footprint than other small firms. They are essential tools, but they are expensive. There’s no doubt about that. Part of my job is to make sure that the tools we use are really working for us, that we're getting the value out of them that we should be for the cost."

So Sarah's challenge was clear: arm M&C with tools to optimise their PR workflow and enable this small team to compete with the PR powerhouses.

"I truly wish that we could measure our open rate in 2016, before we got Prezly, versus now. I can't give you a quantifiable number, but experientially I can say that we've definitely seen an impact with Prezly," says Sarah.

"Prezly has helped us grow our media relations capabilities significantly. We're now able to grab that attention and to get people to interact with the materials we're sending them, and we can see that."

This is one huge benefit afforded by PR tools: analytics. Without specialist software, you lose sight of what happens to your email the second you hit send. In stark contrast, having a view over who is opening and clicking on your emails – and in fact, whether those emails are reaching your contacts' inboxes at all – arms you with invaluable insight into how to proceed.

And that's also a useful thing when it comes to pitching clients.

“Prezly has helped us grow our media relations capabilities significantly. We're now able to grab that attention and to get people to interact with the materials we're sending them, and we can see that.”

"A big pain point in PR is being able to create something that makes your job easier and makes your clients stand out at the same time. So now, when we talk to our clients, we talk about the ability to do full HTML press releases, with photo and video, and we talk about our increased engagement rates and how that gets more attention.

"I don't think anybody else in Colorado uses Prezly, so I would say that Prezly helps M&C Communications stand out in that we are able to offer this technology that showcases our clients, and that is a particularly valuable element that helps our business stand out against the crowd."

Why use software that wasn't built for PR? You can do so much more with Prezly...

"We've always had good relationships locally, but Prezly has allowed us to pitch at the regional and national level in a really sophisticated way. Now we can take all of the content we produce and push that out in a way that most small boutique agencies aren't able to achieve, because they don't have those tools.

"What Prezly allows us to do is have a really robust digital footprint and it gives us a larger reach and presence digitally. This makes us look bigger and more sophisticated. So we are a higher-end boutique firm than you might expect from a remote team.

“We've always had good relationships locally, but Prezly has allowed us to pitch at the regional and national level in a really sophisticated way. ”

"I think that investing in those powerful tools rather than investing in physical space, like real estate, takes us up a notch. It allows us to compete at a different level and really put that retainer to work for clients as opposed to sending it to our landlords."

"You know, it’s funny, I see it every day on Twitter people complaining about PR people. They say 'Oh these PR people.. who do they think they are. They’re circling back for the third time this week on something I don't care about.' And I get it. I really do get it. I am a former journalist. In fact, we are all former journalists. So I get that they are bombarded with content.

“My contacts know that when I do send them stuff, I am not going to send them junk. ”

"We try to be better than that. We understand what it’s like when you are getting hammered with stuff that you’re just not interested in. That is one of the ways Prezly has allowed us to do a better job at our media outreach. I know they are slammed and I try to send good content based on how they open things.

"My contacts know that when I do send them stuff, I am not going to send them junk. If I send them something, I can see if they at least opened it and looked at it. If they're not interested, so be it. It allows us to be really targeted and methodical."

And that's not the only way these open-and-click analytics can prove useful. So, let's get...

Back to the story

There have been occasions where Sarah knew that the content M&C sent out should have been picked up, but wasn’t.

"So, one time a client we have about an hour out of town had this great visual story. We shot tons and tons of video content. We got it pushed out to everybody, sent it to all the desks. We knew that there was going to be a huge amount of pick-up. We sent it out."

"What we didn't know is that, literally the moment we pushed that release out, this horrible crime story about a murder that had happened had gone out. They had released the video of the murder at exactly the same time as we launched our story, and the County website was crashing because everyone was trying to access that video."

“What we didn't know is that, literally the moment we pushed that release out, this horrible crime story about a murder that had happened had gone out.”

It's happened to us all in one form or another – all the evidence, your gut, says the situation will go one way, and at the last moment the whole thing seems to do a 180. So, what do you do? Chalk it up to sheer bad luck, dust yourself off and move on?

Want your own branded newsroom?

Craft and publish press releases, create newsrooms and build your audience without relying on your tech team

M&C's story was doomed to be overshadowed, leaving everyone scratching their heads wondering why it wasn't the success they'd envisioned it being. Right?

"We saw from Prezly that nobody had opened the release. Nobody had accessed our links, nobody had interacted with our content. That's how we knew something was wrong.

“Had we not had Prezly in that instance, we would have just sent the story out and not had any idea why journalists weren’t interacting with it. ”

"Seeing that no one had interacted made us double-check what was going on. Once we saw the conflicting story, we were able to pick up the phone and call our contacts, and they were like, 'Oh my God, that's great stuff. Can you resend it?' So then we pushed everything out again and tracked it. Then yes, we got a huge amount of pick up.

"Had we not had Prezly in that instance, we would have just sent the story out and not had any idea why journalists weren’t interacting with it. So that is one instance where all the components of Prezly really affected our business."

How will Prezly affect your business? Book a demo to find out 🕺

Tired of using a million tools to support your PR workflow? We got you. 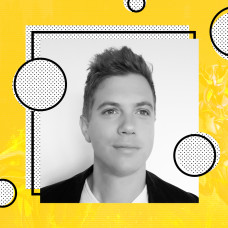 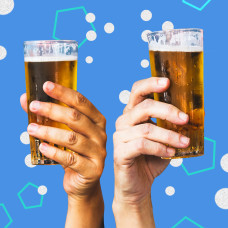 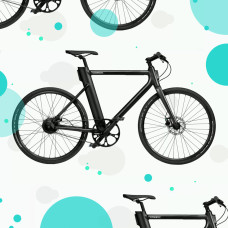